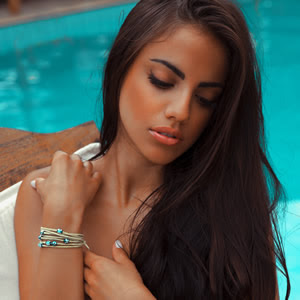 The Sunday cover story in the New York Times Magazine in 1993 showed a glamour layout featuring a model named Matuschka revealing her right mastectomy scar. The cover sparked a national debate and brought breast cancer out of the shadows. Recently, Matuschka has decided to proceed with her breast reconstruction.

October 16, 2013 is going to be Breast Reconstruction Awareness day (BRA Day). Breast reconstruction can be started at the same time as the mastectomy or can be delayed till the mastectomy has healed. Implants are the most common form of reconstruction especially in cases where both breasts are removed. Natural tissue reconstruction requires the movement of tissue from one part of the body to the breast and often requires microsurgery. These procedures have long operating times and are often done by a team of plastic surgeons.

Breast reconstruction has been shown to not interfere with detection of breast cancer recurrence.  Breast implants are placed behind the breast muscle under the area of possible recurrence. The new silicone implants are made of a cohesive gel. When the implant is cut in half the gel remains in place and doesn’t migrate.  These implants have been used with great success over the last 10 years and are FDA approved. Breast reconstructions change over time, revision of the breast can be done to improve results and restore symmetry.

Breast cancer mostly affects women however; men can also get breast cancer. It is most common in men with relatives that have had breast cancer. Routine screening can detect breast cancer at an early stage an offer the best chance for cure. Monthly breast self- examinations as well as yearly medical exams should be routine. Screening mammograms should also be a part of you preventative care. For more information on breast reconstruction you can visit the American Society of Plastic Surgeons web site, http://plasticsurgery.org or you can call my office at 772-562-5859 or visit my web site, http://rosatoplasticsurgery.com.